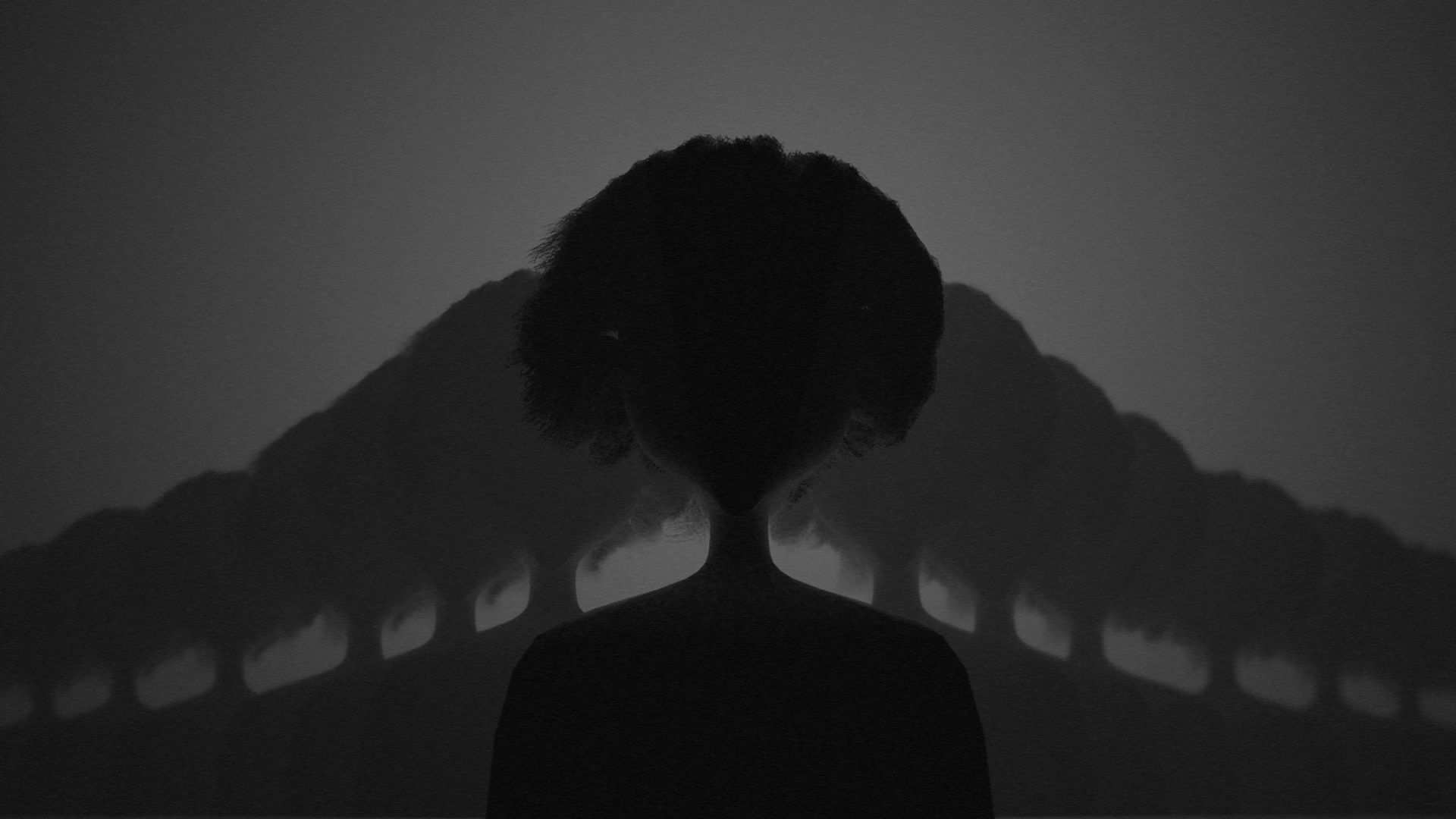 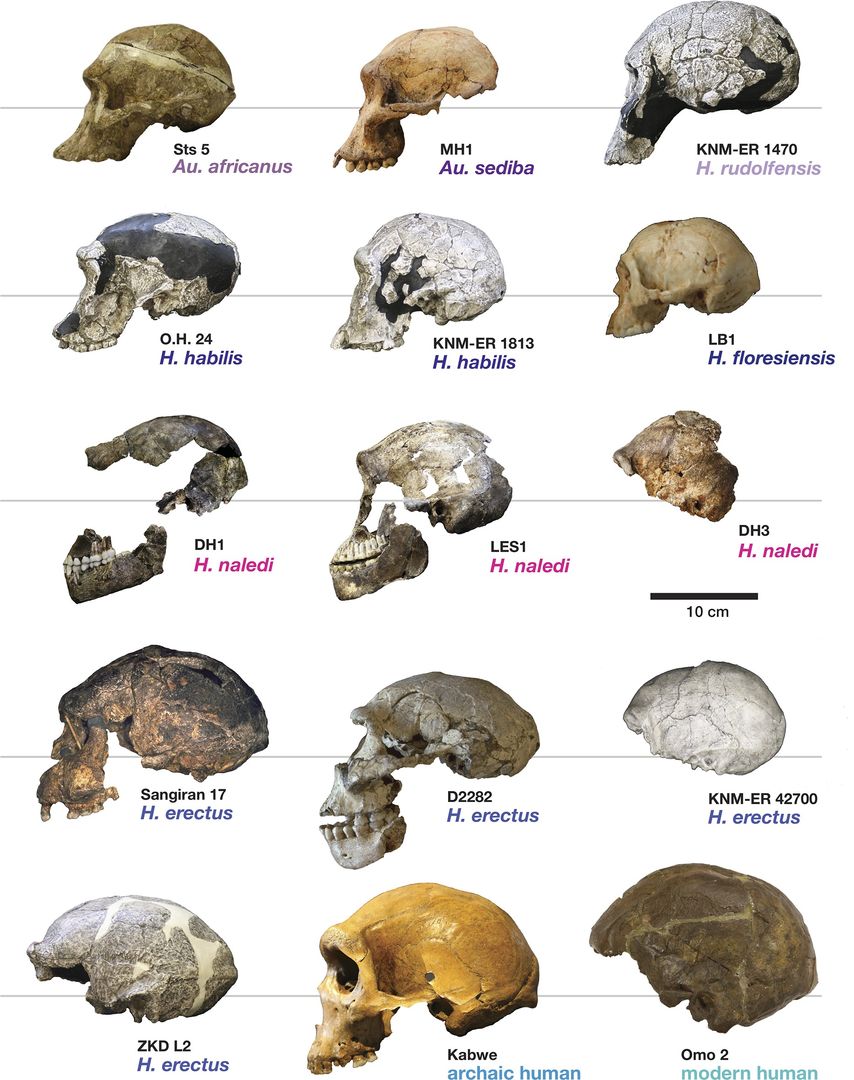 Crania of a few other human species

These species sometimes bred with one another, and modern-day Europeans and Asians even have small amounts of DNA passed down by other species and subspecies like Neanderthals and Denisovans . 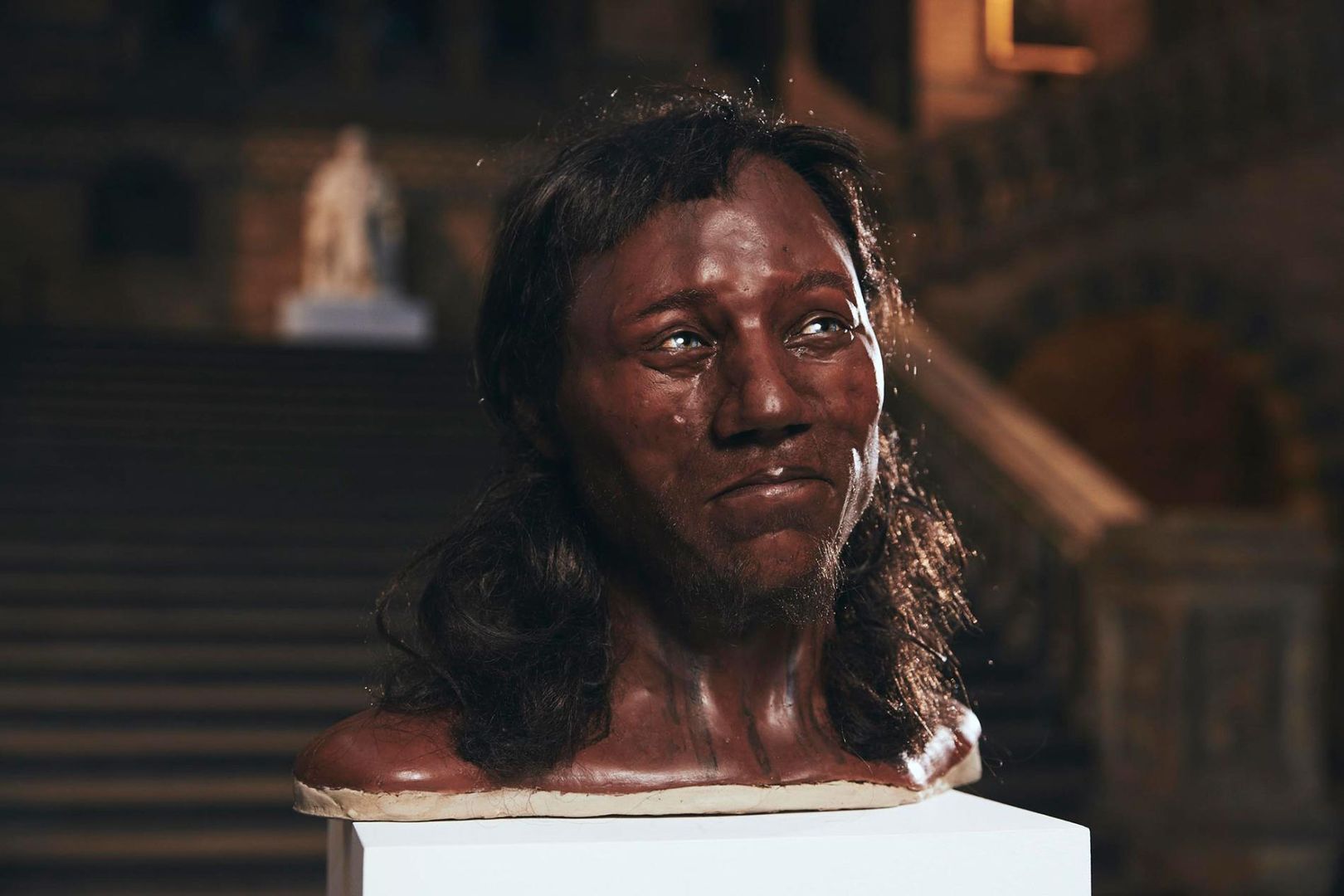 This Homo sapiens man lived in Britain 10,000 years ago. His remains were found in Cheddar Gorge, Somerset, in 1903.

How was this reconstruction made?

For many years, archaeologists thought that Cheddar Man had pale skin. However, modern day geneticists, archaeologists and model makers used genetic and archaeological evidence to create the reconstruction that you see here, showing that he most likely had dark skin.

He stood about 5 foot 5 inches tall (166cm) and archaeologists think that he had blue eyes and dark skin, similar to other European populations at the time.

Lighter skin colour in modern humans is a comparatively recent adaptation, which allowed people to get enough vitamin D in the less sunny climates of Europe.

‘Cheddar Man’, as he is known, would have been part of a hunter gatherer group who migrated to Europe from Africa 11,000 years ago. When he was alive, there was no body of water separating Europe and the British Isles, meaning you could have walked right across what is now the North Sea. Imagine being able to walk from London to Berlin!

Britain at the time was largely made up of forest. Hunter-gatherers roamed large areas in search of food, crossing from the Netherlands, Germany and Denmark to Britain, and sharing the same cultures and tools all across northern Europe. Cheddar Man would have used flint tools to hunt for animals like reindeer, collected plant foods, and even engraved and painted cave walls.

Are you surprised by how he looks?

Why do you think previous archaeologists assumed he would have had pale skin? 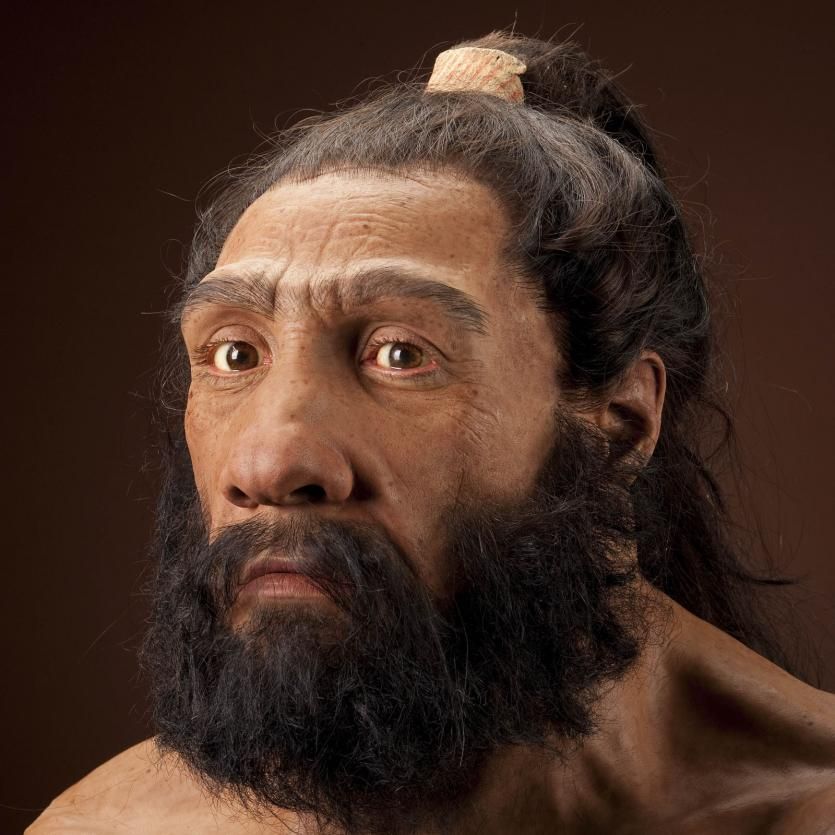 Neanderthal remains were first found in the Neander Valley in Germany, hence their name. Early reconstructions of Neanderthals made them look more like apes than humans, showing them hunched over and covered in hair. For a long time, Neanderthals were seen as no more than primitive cavemen, but we now know that this isn’t the true story.

Modern reconstructions paint a much different picture. We now know that Neanderthals looked like this.

Scientists call Neanderthals Homo neanderthalensis - this means ‘Human from the Neander Valley’. We are not descended from Neanderthals; instead, we have a distant relative in common, who would have lived probably half a million years ago. You might think of them being more like distant cousins, as opposed to grandparents. They lived from 250,000 years to 30,000 years ago - that’s longer than modern humans have been around!

DNA evidence has shown that, unlike our direct ancestors at the time, Neanderthals had pale skin, probably because they had lived in Europe for a long time where they would have needed pale skin to absorb enough sunlight to produce vitamin D. They were spread far and wide across Europe and Asia, but their numbers were fairly small - no more than 150,000 at the most, which is less than the modern-day population of Oxford.

Neanderthals were skilled toolmakers, and hunted and gathered their food. We have evidence that they cared for one another during times of illness or injury. They made jewellery and art, and were very social people.

Did any of the above information surprise you?

What were you expecting to see when you heard the word ‘Neanderthal’?

Why did people used to think that Neanderthals were primitive cavemen? Does this tell us anything about their values?